Dr Samuel Doctorian sees the destruction of the world 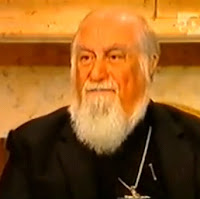 Dr Samuel Doctorian came to the island of Patmos on may 5, 1998 and he saw the destruction of the whole world and the judgments of every nation just before the end of the 7 year tribulation. The time of the vision is in the 7th vial of Gods wrath on the earth that causes the worlds biggest earthquake.  This is when the cities of the nations fall Revelation 16:17-19

He saw all the nations fall under a judgements of destruction by 5 angels each carrying a symbol of the judgements over that nation. 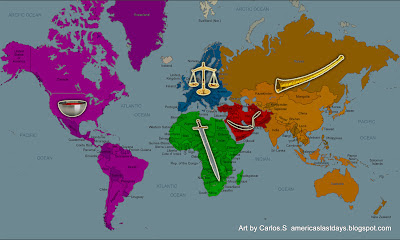 Africa will have  massive strikes by many asteroids  along with great portions of civil wars. The Nile river will dry up and the middle of Africa will fall int o the sea.
Asia will have wars and nuclear weapons with nation against nation. A massive wind will come from the north and all will hear the voice of the Lord.
The middle east will have a nuclear war and destroy each other including portions of Israel and blood will flow in the middle east. Great portions of oil fires will take place in the middle east.
Australia will be divided and in the earthquake a portion will fall in the sea.
China will have a nuclear war and great earthquakes along the ring of fire sinking the islands of the Philippines.
America will have a major nuclear war and will be destroyed by fire and earthquakes along the coast that will sink into the sea.
Along with these disasters millions will die and millions will starve and nation will rise against nation. 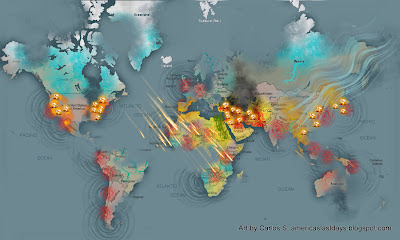 In all the destruction there will be the worlds greatest revival and millions will be saved to Jesus.
The church will be purified and made white for the coming of the lord.