Wesley Clark  is a retired General of the United States Army. Clark commanded Operation Allied Force in the Kosovo War during his term as the Supreme Allied Commander Europe of NATO from 1997 to 2000.
Weeks after the 9/11 attacks he was given secret high level information of the United States plan to invade and destroy 7 governments in the middle east for the purposes of destabilization in that area. 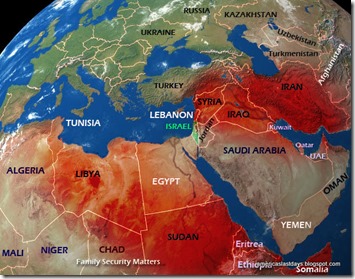 These are the are all the nations currently in turmoil and civil war weeks after the US withdrawal from Iraq during 2011.
Currently in 2013 we are witnessing the uprisings in Syria and possible US intervention in that area. Syria is Iran’s closest ally and United states or Israeli attacks could lead to World War 3.

The Plan is to Take Iran which would lead to great economic turmoil and  nuclear attacks in American cities from hidden terrorist in this country.