Vision of the torch 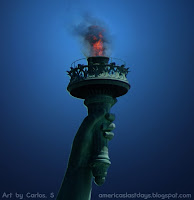 A woman had a vision from the Lord about the Future of America. She saw the light of the Statue of Liberty go completely out and she could hear the cries of the people cry out for deliverance from oppression.

She then saw the Lord above in a cloud of glory and Jesus spoke to her and told her "even though the fire was out he has not turned his back on America. He will perform is word an his will in America and a Great Day of Turning will Come shortly. " 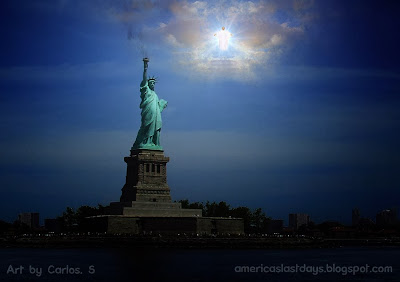 The Liberty Torch is supposedly the light of freedom to the new world which tells me that America the Free will be called America the Captive in the near future. During this time There will be a great outpouring to the saints for the work of the ministry.