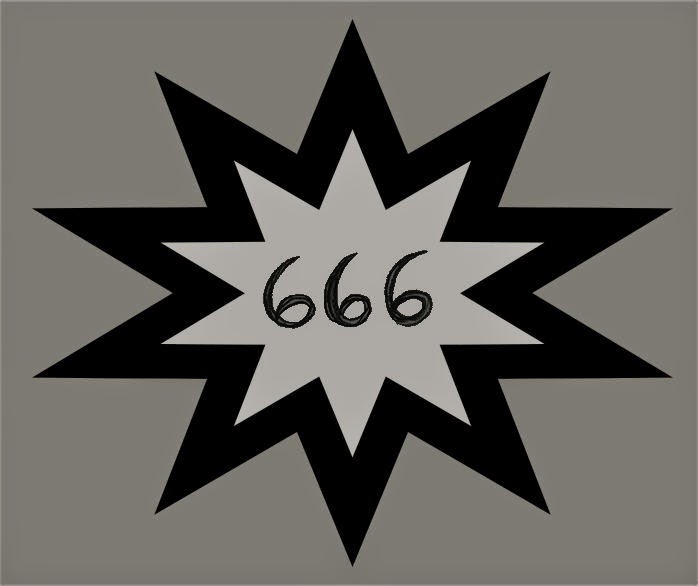 In 2008 i had a dream from the lord about future events in my life until the 7 year tribulation, the mark of the beast 666 and the end of the world. 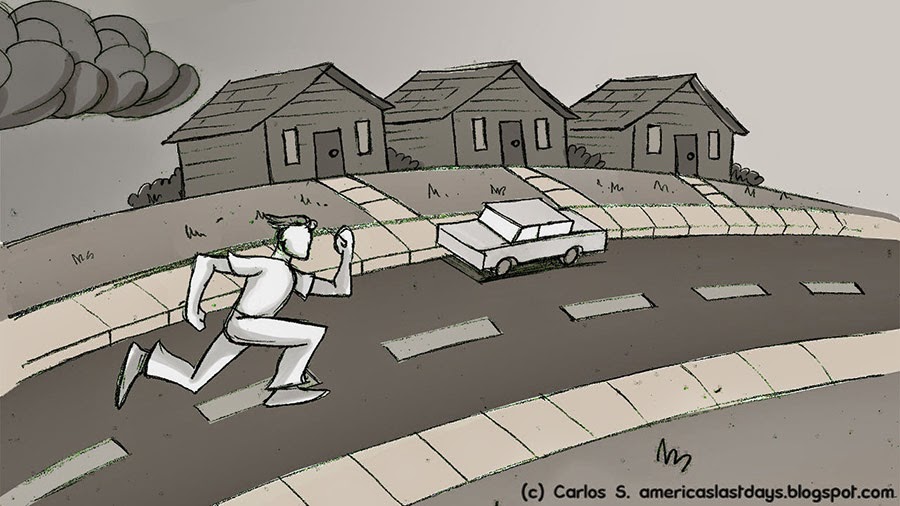 I was running down the road away from a dark storm. I saw homes along my path. 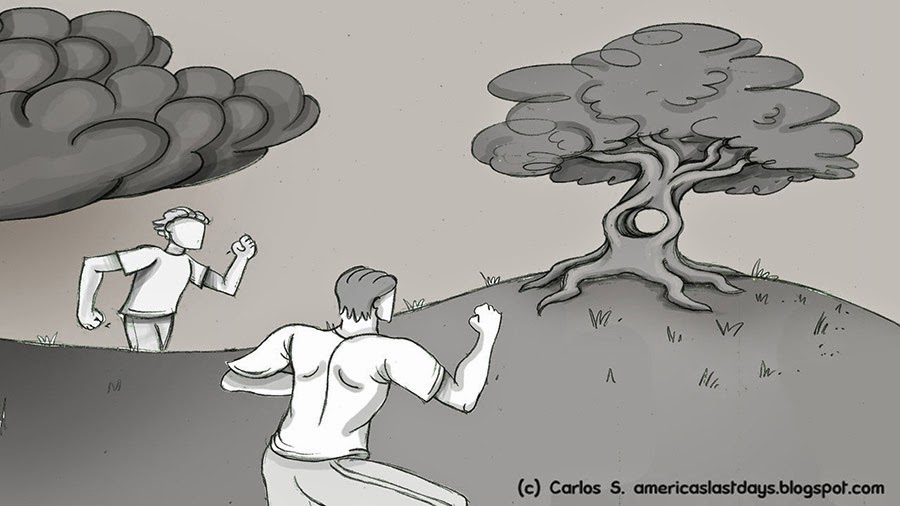 I turned to the right and started to run to a tree in the park. This tree had a big hole in the side. There where other people running away from the great winds behind me. 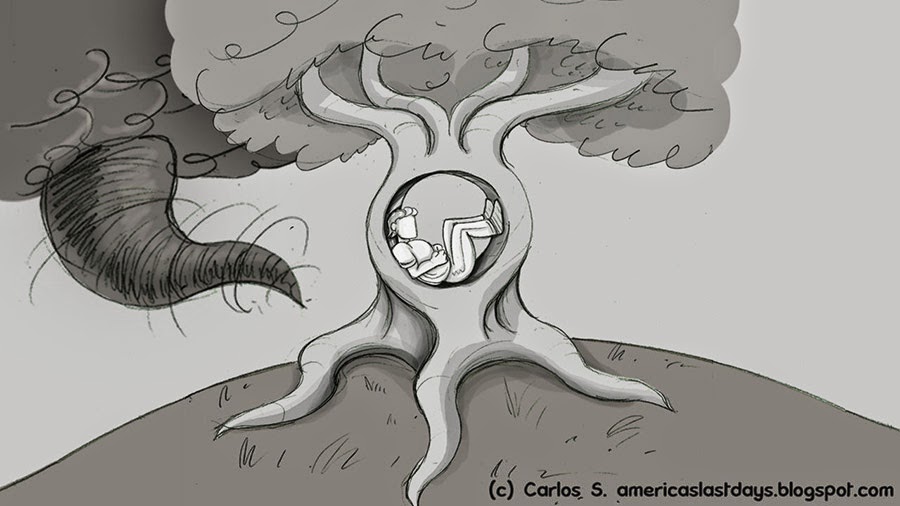 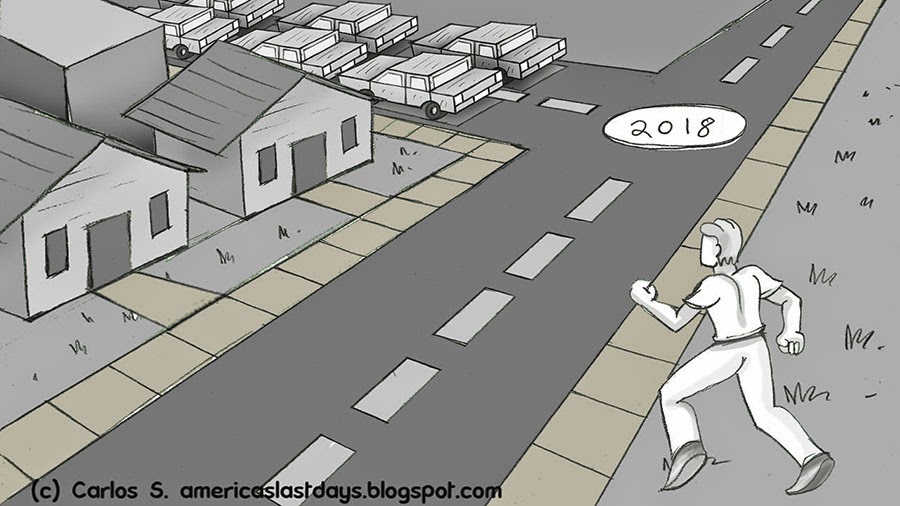 When the storm was gone i ran back to the road i was on and i knew that when i got to the corner of the road ahead of me it would be the year 2018. 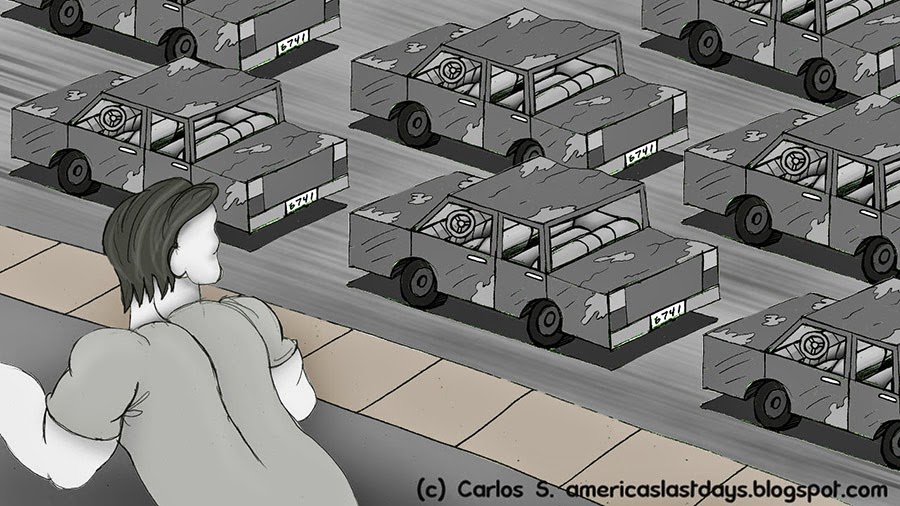 I turned on that corner to the left on 2018 and i saw alot of empty rusted cars in a traffic jam all the way down the road and i continued to walk down the road.

This Signifies that after the year 2018 a few years later around the year 2023 a catastrophic event will take place in America that will leave hundreds of cars in destruction like an aftermath of a Nuclear blast or a volcanic explosion. This event will change America forever and will last for many years 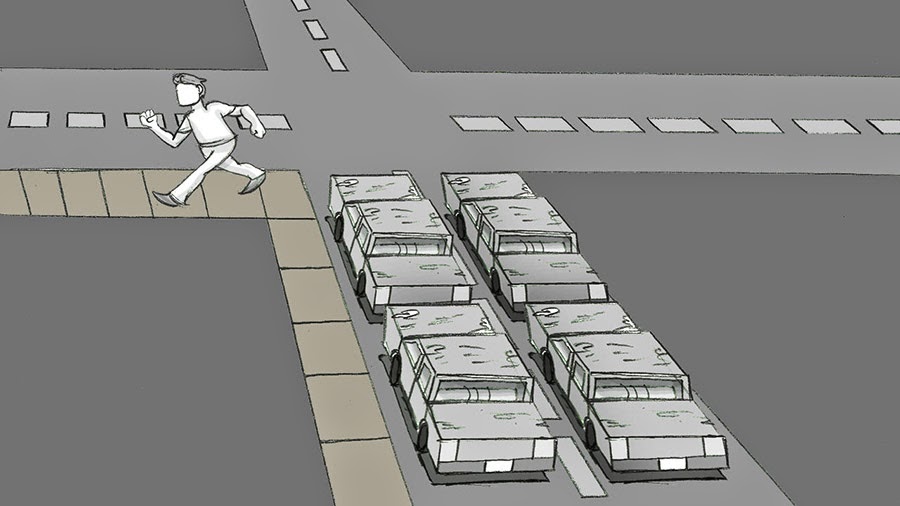 I then turned to the left at the end of the road it was at this time i new that i was in the 7 year tribulation. 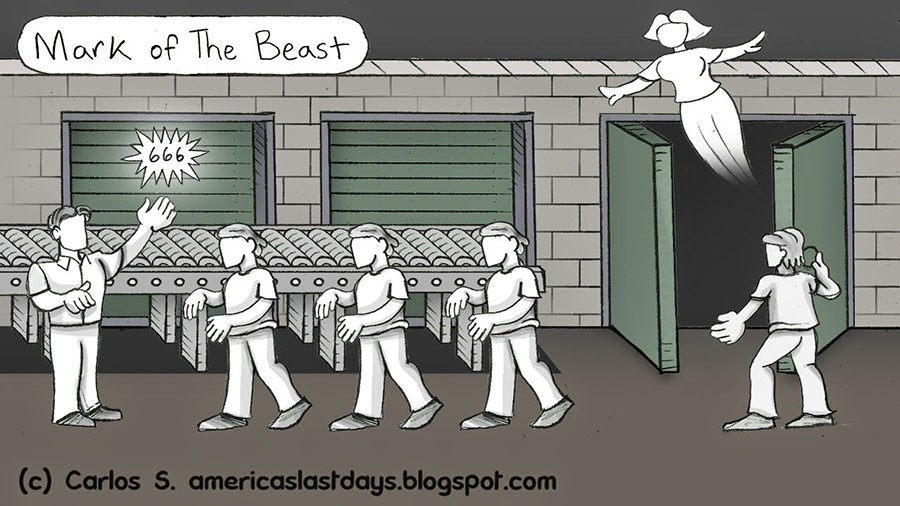 Half way down this road i saw a line of people choosing to take the mark of the beast 666 to be able to get a job to work. It was at this time i looked behind a door and saw a spirit of a woman who had not taken the mark and it was located in a separate room. 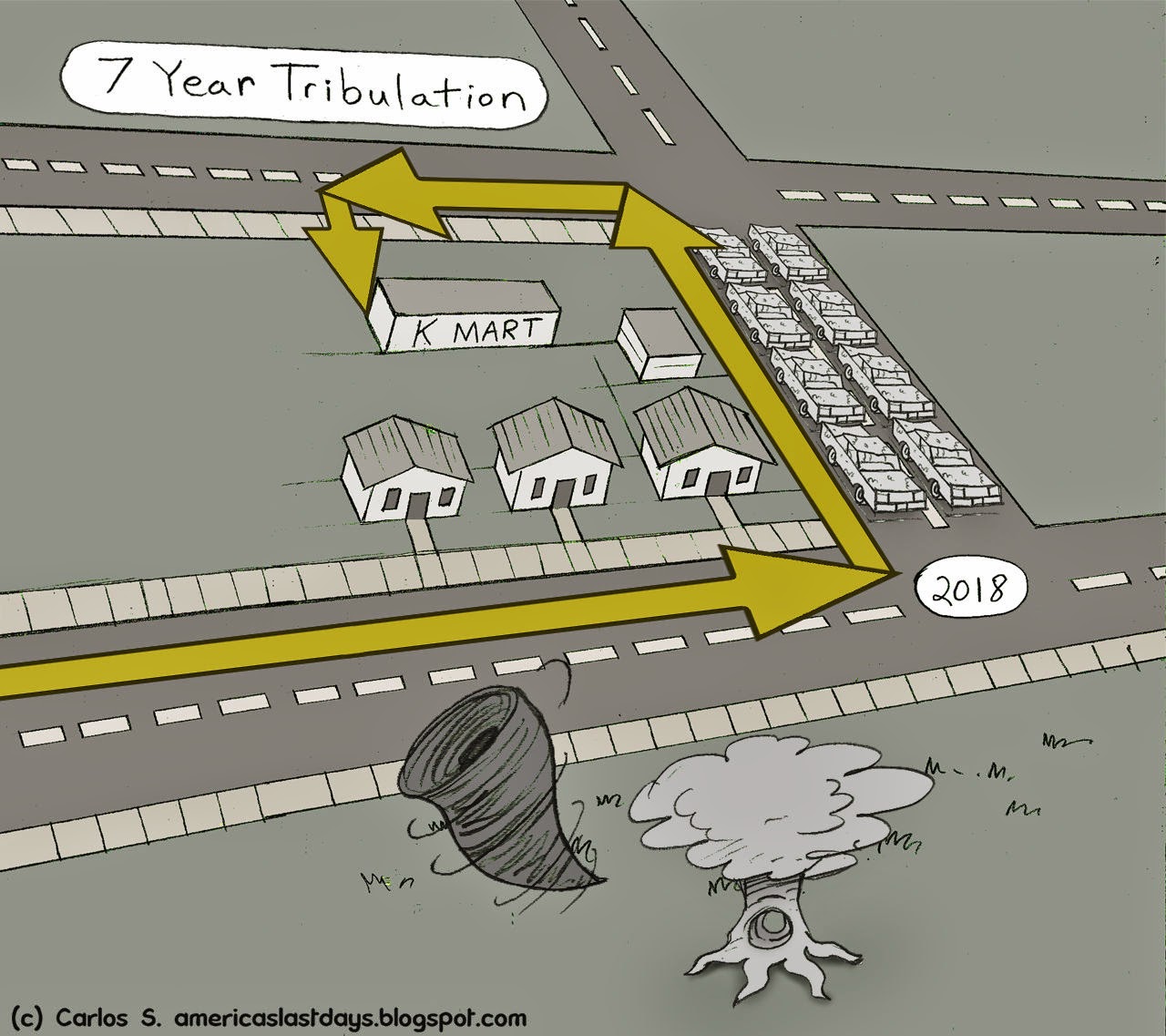 After the 2018 the elections will prove a time of change in America and it will lead to a  catastrophic event to hit America around the year 2023 from that time forward we will go forward into the time of tribulation after those events  during which time the mark of the beast will be required to do business in any form.

We will see who resists the mark and who will submit themselves to its control and who will stand by and do nothing. Be ready somehow