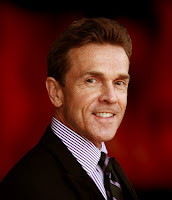 In 1998 Bill Wiese had a vision from the Lord and spent 23 minutes in hell as if he were a regular unsaved man.

He was  asleep in the night and he got up to get a glass of water then he was cast into hell by the Lord in a vision.  He fell to the floor and went down a long fiery tunnel that he knew in his heart was 4,000 feet under the earth.

He fell into a prison cell made of stone walls and prison bars. He said he could feel and smell just as you would in this physical world. There was heat beyond the ability to sustain life that he said was over 300 degrees. In the prison cell there were 4 demonic creatures over 13 feet tall pacing back and forth in wrath and anger awaiting for a man to kill repeatedly. These demons had a hatred for God and for bill wiese. 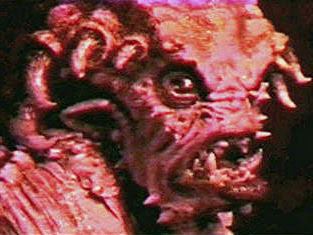 The creatures grabbed him and threw him at the wall and clawed at his body to kill him but he did not die. The creatures had scales and sharp claws and one of them had razor sharp fins around his body. When one of the creatures attacked him they tore his flesh like ribbons because of the strength of these creatures. They repeatedly attacked him and broke his bones. He said he could feel all the pain as if he were here on earth in hell. 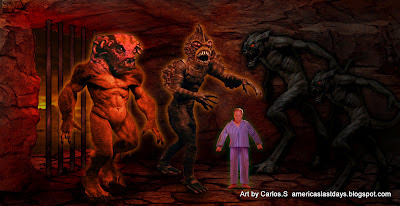 He could hear millions of scream in the distance that never stopped and each moment gave him pain.

The smell of hell was as surfer and putrid rotting flesh that was toxic to breath. He said he could not breath in hell because there was no air and every breath he took was a short little gasp of toxic air. The worst thing in hell was the knowledge that he would never escape

He looked through the bars in his cell and he saw hundreds of people burning in a large pit of fire surrounded by demons. The people screamed in agony as their flesh burned on there bones never able to die. Then he looked to the ground  and saw millions of magets and worms covering the floor where he crawled. 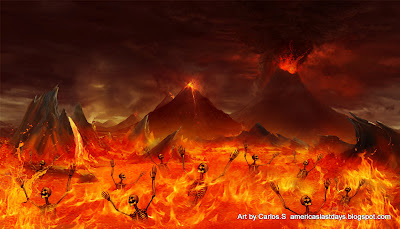 He was then pulled out of hell as Jesus came to him and talked with him. Bill asked Jesus why he was sent to hell and Jesus said that many of his people do not even believe that hell exist. Jesus sent bill wiese into hell for 23 minutes to bear witness that hell is real and to save the lost and warn the church that hell is real. Hell was made for the devil and his angels and Jesus died on the cross of Calvary to save you from this torment. You must ask yourself if hell doesn't exist than why does the church exist.The church must seek and save the lost from the pits of hell.

Cling to the cross and repent of your sins and make Jesus your lord and savior. Plea the precious blood of Jesus and be baptized in the name of the father and the son and the holy ghost and speak in a new tongue  and be joint airs with him in the kingdom of his dear son.