The Future of America 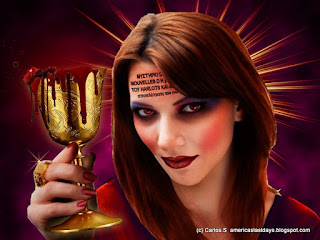 America is Mystery Babylon in Revelation chapter 17 and 18 and will be destroyed by a Russian led coalition of nations that will kill millions of people across the nation. From the seas Russia will unleash a nerve gas attack and will launch nuclear missiles to destroy all major missile sites and cities in the United States.

This attack will follow an economic collapse of the American economy because Russia will attack when she is at her weakest.

After the destruction of america She will be utterly destroyed again by a massive tidal wave from the Atlantic ocean.

This is the sign of the destruction of america when they cry peace and safety Russia will attack from the Atlantic ocean.

Millions of Christians will be in the Tribulation testifying of the Return of the Lord Jesus Christ.