Hidden Symbolism of the Dollar There are very clear masonic symbols hidden within the dollar bill. Together they tell of the creation of a new world order based on the slavery of the peoples with the power elite at the control. They deify there god the devil himself as the all seeing eye.This power of control is based on money and the creation one world government.
This symbolism has been decoded by an x Illuminati student Doc Marquis.

The first symbol on the front of the dollar bill  is a hidden micro dot of an owl. This owl represents the false deity Moloch. 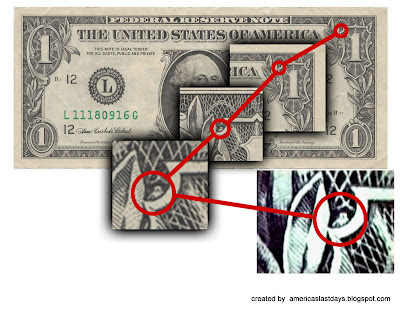 The false Deity Moloch can be more understood in the woods of bohemian grove. Where the elite of the world gather themselves together to create the agenda for the masses. Alex Jones captured video of the leaders of the world gathered under a stone Moloch participating in mock human sacrifices.

Below you can see Ronald Regan and Richard Nixon at bohemian grove The location of the occult capital of California. 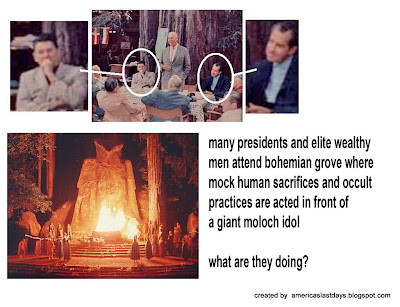 The all seeing eye is visible on the back of the one dollar bill.  Each detail represents a hidden number and date for the creation of the new world order under the control of Lucifer.
The date at the base of the pyramid represents the birth of the Illuminati on  May !st 1776 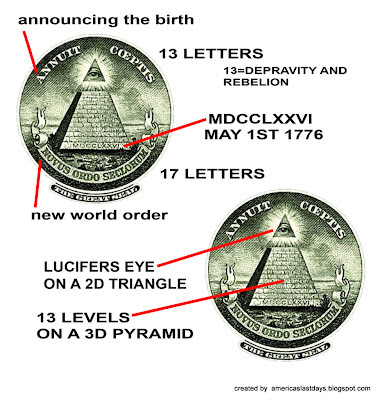 s
The Capstone of the pyramid is symbolic of a 3 trinity of the antichrist, false prophet and the beast.

s
The symbolism of the seal of the pyramid represents a hidden message.
Here is the message. 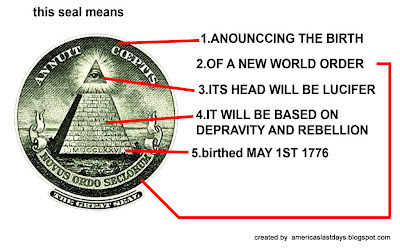 f
The Great seal of the eagle also represents a hidden message within the details of the numbers, feathers and stars and lays out a plan for world domination. 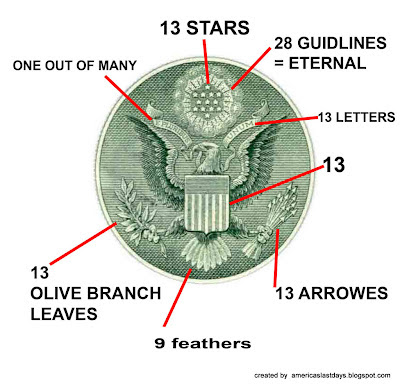 r
The original Seal that was created was not based on the eagle but was  based on the the Phoenix in Egyptian Mythology. 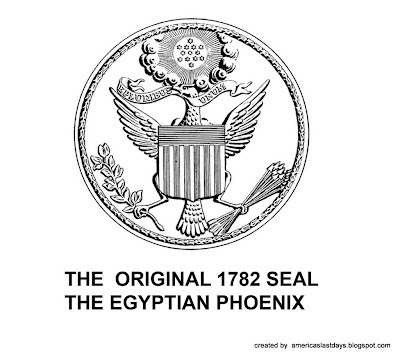 s
The direction of the eagles heads also represents its favor to 33 degree masonry. 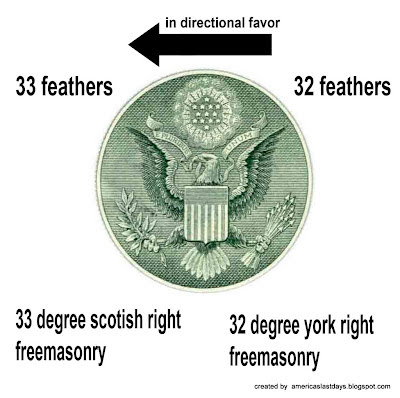 s
The numbers of lines on the shied of the eagle represents governmental perfection and bondage of men that see themselves greater than God. 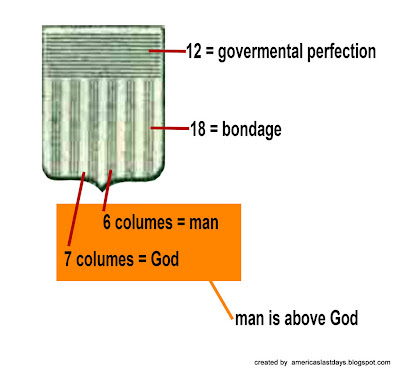 f
The claws jesters a taking of peace and defense from the land of america and the world. 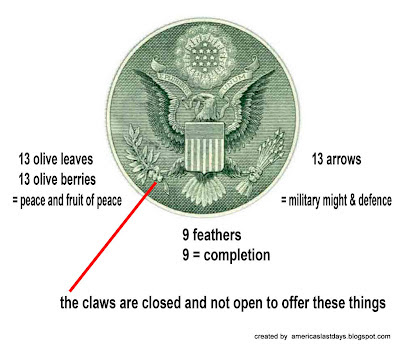 s
These details create a hidden message within the seal of the great eagle.
Here is the message.

This new world order will be eternally crowned with depravity and rebellion having formed itself out of many groups through reincarnation this group has merged into a perfect government that holds us in bondage and this government will place man above God taking away are peace and our ability to defend ourselves and it is now completed. 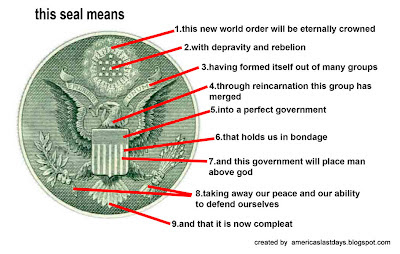 f
Masonry can be traced to the time of Solomon and the star of David represents a 6 pointed star and when circled it changes and represents a highly occult symbol used by many satanist within masonry and the Illuminati.

There are 3 stars of David within the dollar bill that create the dreaded 666.
This is a forward anticipation for the arrival of the antichrist . 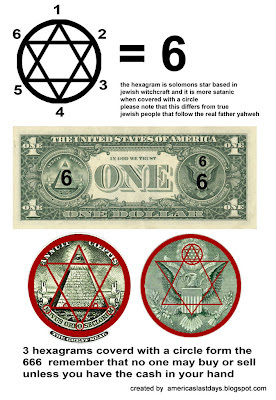 Even the Spiders web can be seen symbolizing witchcraft. 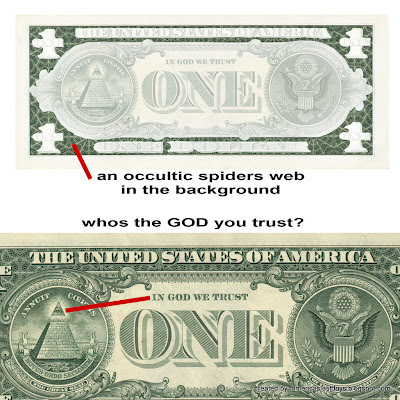 You musty understand that in God we trust is represented for the all seeing eye and is heavily occult representing Lucifer.
Make sure that the God you trust is the father and the son Jesus Christ and the holy spirit.