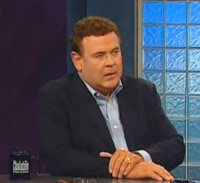 John Kilpatrick had a vision from the Lord in April and May of 2008 of a soon coming New Madrid fault line earthquake disaster coming to America in the near future. He was told that there would also be a coming financial storm coming to the American economy around the same time.

He saw the city's effected by the earthquake disaster in Indianola Illinois and Europa Missouri the exact location of the New Madrid fault line. 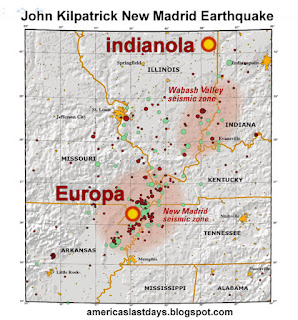 The earthquake will come because of Americas actions in dividing the land of Israel by the creation of a Palestine state at the pressure of U.S. policy. The land of Israel belongs to the lord and if you divide his land he will divide your land. 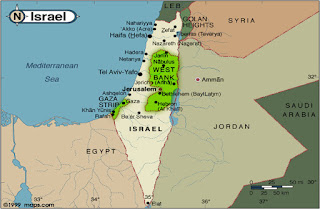 As of May 19, 2011 President Obama has declared a Mideast Peace Deal process Based on Israel's Pre-1967 borders with Palestine. 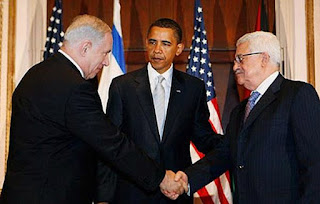 The coming economic storm may be in results of the earthquake not log after. In the following months from from the visions in April and May 2008 there was the creation of the mortgage crisis economic crash in September 2008 which will lead to the economic storm predicted to come in the near future.

The Holy Spirit led him to understand that he needed to prepare against the summer of 2010. That summer of 2010 led to the economic depression in the south created from the effects of the  gulf oil spill which created billions of dollars in damages to businesses all across the Gulf of Mexico. 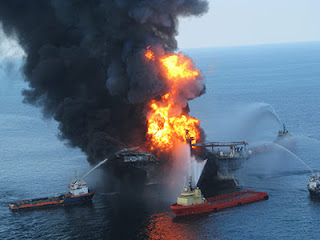 On January 1st 2009 John Kilpatrick received another vision from the Lord of 12 events to happen in the near future of America. These prophetic events are based on the word RESURRECTION. These events will happen in 3 years from 2009.
You must remember to ask yourself should his time be correct? If it is people will die in the Earthquake. Please hope for some delay.

E: Extreme Measures. He will use whatever means is necessary to rescue us.

S: Signs in the heavens. He will manifest the glory of the Lord in the
heavens. The heavens will tremble (Joel, Hag. 2:5; Matt. 24).

U: Usher. He is sending his angels to usher in what he is going to do. They will usher you into provision and into your place.

R: Recover and experience Recovery. We will Recover what the enemy has taken from us, and our health.

R: Russia. Keep a wary eye on Russia and pray for Obama.

E: Earthquake. The New Madrid fault from just south of Chicago, going south/southwest to the border of western TN and ARE. Going to be very very bad.

C: Candlestick. He will remove some. Candlesticks are ministers or ministries. God will no longer tolerate their disobedience and sinfulness.

T: Time. There is not much time left. We are right at the end of the age of the gentiles.

I: Israel & Jerusalem. They are God's timepiece.

O: Overthrow evil. God will overthrow entire cities that as he did Sodom and Gomorrah.

N: Near. His coming is near. 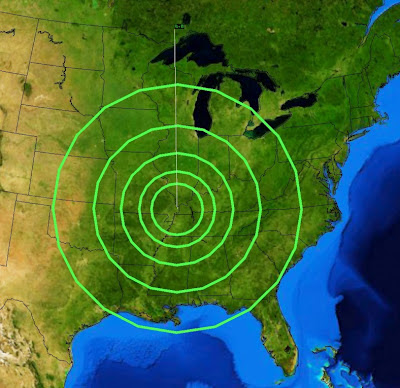