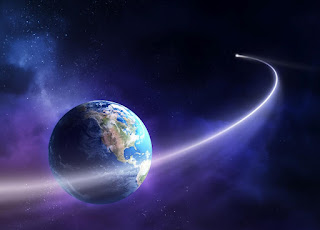 Comets are sighs in the heavens of a war and the sword coming to the world. A significant event that involves war will follow 4 years after a major sighting of a comet seen in the sky.

Hale Bopp comet  the Great Comet of 1997 represents a much more important sign of destruction in the world. Hale Bopp was last seen 4,200 years ago around 2300 B.C during the time of Noah's Flood. Hale bopp comet was a sign to Noah of the coming destruction to the world.


Hale Bopp comet was last seen in 1997 and represents a sign of the coming Tribulation and the destruction of the nations. This comet was the brightest comet in the 20th century. It remained visible to the eye for 18 months twice as long as other comets. 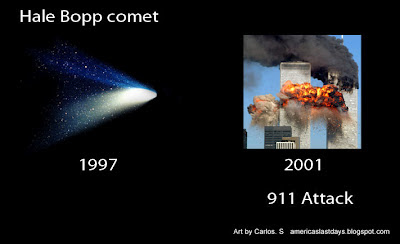 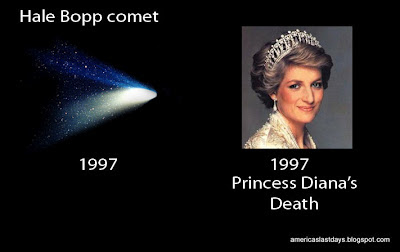 The Great comet of 1811, 4 years before the exile and defeat of napoleon in the Battle of Waterloo 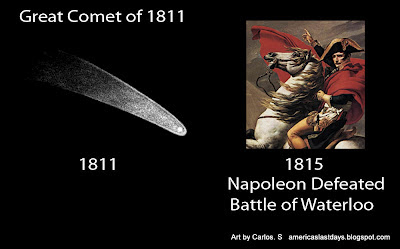 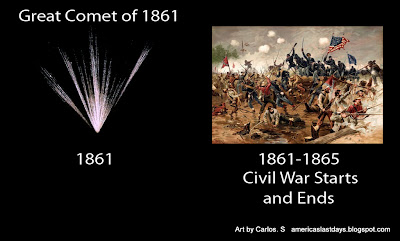 Comet Ikeya Seki  the Great Comet of 1965, 4 years before Apollo 11 in 1969 and the the space revolution and deception of the world by the fake moon landings of 1969-1972 ending with Apollo 13. If you still believe they went to the moon the Sun emits deadly radiation creating the Van Allen belts which surround the earth. NASA has also not returned to the moon since 1972 and you must ask Why? 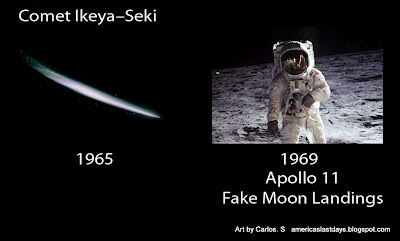 Comet McNaught  the Great Comet of 2007 was seen January 2007 4 years before the beginning of the Egyptian Revolution in January 2011 and the beginning the of middle east crisis which will effect world for many years to come.

Back in 2007 is the time i understood the signs of the comets and the sword to the world. I successful predicted a conflict event to occur in this time frame based on the the sighting of Comet Mcnaught and the 4 year time frame. 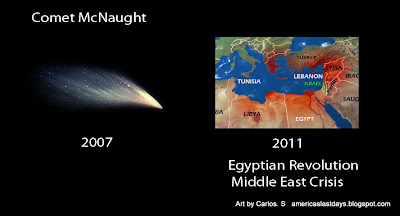 Comet McNaught was seen by the eye in January and February of 2007 and marked the beginning of the  World Financial Crisis of 2007 which continues to this day. This will lead to the Financial collapse of the Worlds Economy and Currency's in preparation to accept a New World Order. 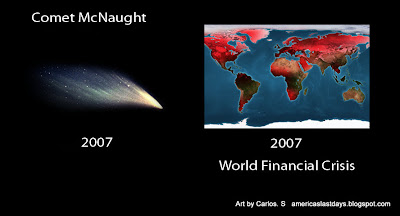 Tunguska event, the Great Comet of Tunguska was seen and exploded over Russia devastating hundreds of miles of forest in 1908. It remains the largest meteor event in history to ever strike the Planet.
This event was 4 years before the sinking of the Titanic in 1912. 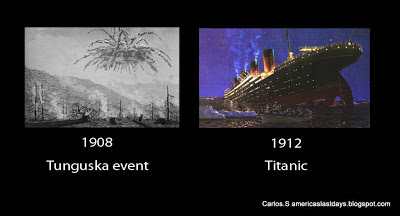 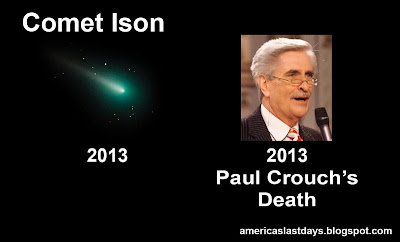 The next predicted comets and there time frames

Comet Lovejoy The Great Birthday Comet of 2011in December,  4 years later to a predicted event by the end of 2015. This comet came very close to the sun and grazed the suns corona without damage and shocked astronomers around the world.

Comet Elenin September 2011 was a very large comet made of ice 3 kilometers wide and not visible to the eye.  It has become very popular to the nibiru experts but this comet disintegrated in space before it could be seen. This comet Should not offer any prediction but if it did it would represent an aversion of an event in 2015. 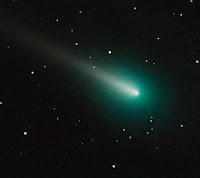