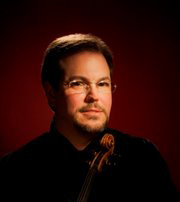 Maurice Sklar (May-June, 1985)  Dallas, TX revival
Over twenty years ago, I attended a revival meeting in Dallas, Texas and during that meeting in May - June of 1985 the Lord touched my life in a powerful way during several days while I was sitting in the Days Inn motel room. I had a visitation from the Holy Spirit that included visions about God’s judgment upon America, the nations of the world, Babylon, the ministry of Elijah, and the preparation of the Bride of Our Messiah, Yeshua. I would like to share these now with the Body of Messiah, for God has finally released me to do so at this time.
In the first vision, I saw the earth from outer space. As I watched, I began to see what looked light neon lights began to appear in hexagon patterns. It started from the North American continent and then spread out to Europe and then around the world. The closest way I can describe it is that it looked like white laser lights that were traced in approximately 100 mile-wide hexagon patterns around the entire earth like an electronic or laser spider web. 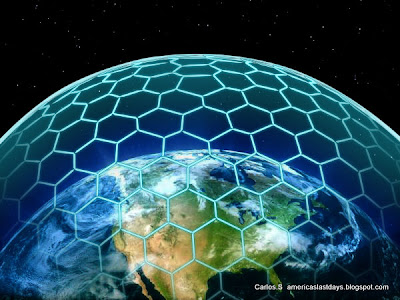 When the lights finally stopped tracing around the earth, it looked like the earth was wrapped in an electronic grid like a geodesic dome, similar to the white globe that is at the Epcot Center in Disney world, only it was not solid. You could see the earth underneath it, with its’ blue oceans and clouds and atmosphere.
The Lord then said to me, “This is what is shortly to take place. There is an electronic web that will encircle the earth like this. It will unite the whole world under the antichrist system of the end-time Babylon. At first it will bring great blessings and prosperity. It will seem like everyone is coming together and a new age is dawning for mankind.” 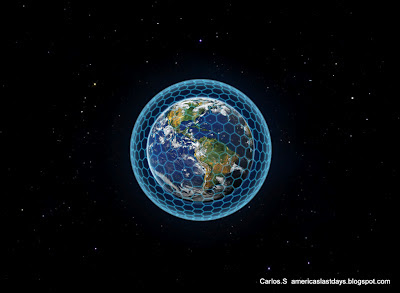 I looked again, and I saw the earth from space with this electronic web around it once more. But then, I saw the continent of Europe. The hexagons from each nation began to grow dark and became opaque. It looked like black smoke rose up and one after another, each hexagon began to go smoky gray and then black. After a few seconds, I could no longer see Europe at all. Then this began to spread rapidly across into Asia, and Africa. Finally, Australia, China and even America were completely blotted out. I could only see the oceans. 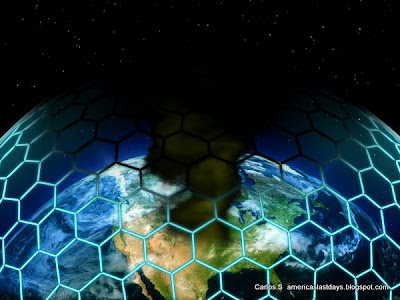 Then the islands of the seas became black. Finally, the entire earth was in darkness – even the blue oceans disappeared. I felt such evil and hopelessness. I heard the cries of millions of souls on earth that were trapped in darkness.
Then the Lord spoke again and said, “Do you see this? Do you know what this is?” I replied, “No, Lord.” He said, “This is the fullness of the tree of knowledge of good and evil.

This is what Adam chose for all of mankind in the Garden of Eden instead of union and life with Me. They could have had eaten from the tree of life instead, and this never would have happened.” 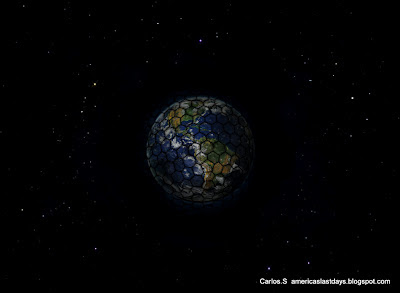 I was so confused. I really didn’t understand at the time. You have to remember, the “world wide web” of the internet was just in it’s’ infancy back in 1985. Only a few thousand computer geeks were “online”. I couldn’t imagine the world as it is now back then. The PC had just started to enter into the private sector. 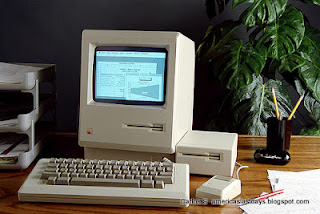 Of course, now, looking back, I understand this vision perfectly. God told Daniel that in the last days knowledge would increase exponentially and many would travel back and forth as never before in the history of mankind. If there is one thing that marks our generation now, it would be these two things. Worldwide travel has never been faster or easier and the knowledge of mankind is doubling every few weeks. Like a snowball going down a mountain and getter bigger and bigger as it travels faster and faster, knowledge is exploding like never before. What knowledge? The knowledge of both good and evil. It is now wrapped all around mankind like a giant tree with its’ branches going everywhere. We cannot escape from it.


REV 13:16 He causes all, both small and great, rich and poor, free and slave, a to receive a mark on their right hand or on their foreheads, 17 and that no one may buy or sell except one who has 2 the mark or b the name of the beast, c or the number of his name. 18 d Here is wisdom. Let him who has e understanding calculate f the number of the beast, g for it is the number of a man: His number is 666. 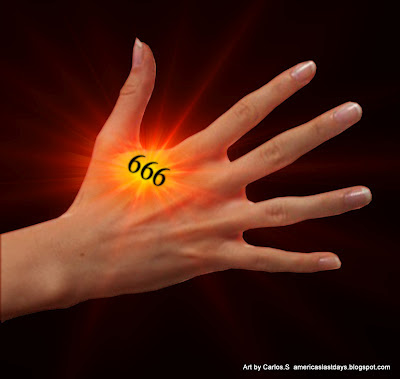