John Paul Jackson had a vision from the lord and he saw large tsunamis devastating the east and west coast of America in the distant future. These tsunamis were caused by an unusual event that he could not explain. 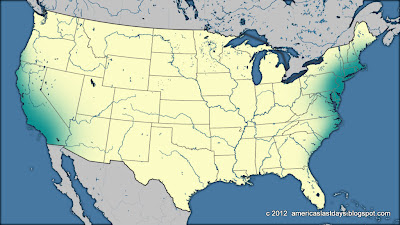 New York city will be devastated by a large tsunami that may reach  myrtle beach South Carolina. 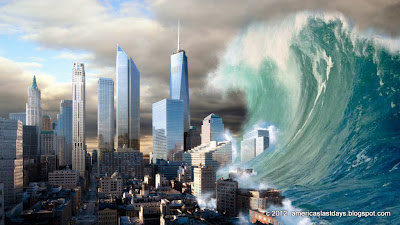 Los Angeles will also be devastated by a large tsunami along the east coast of America. 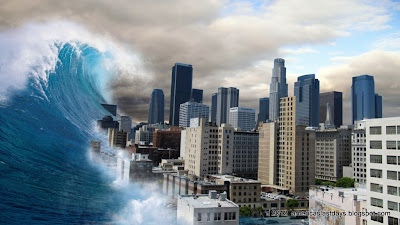 John Paul Jackson saw 7 to 10 story building under water from these large tsunamis that are going to happen in the distant future. There has been no definite time to the tsunami disaster to come but it will come. 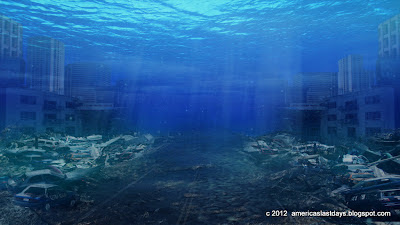 There are certain questions that rise up if these two tsunamis occur because of the same event and the time frame of the tsunami to hit new york city.

This is because  in revelation chapter 18 new york city is destroyed by a tsunami at the end of the 7 year tribulation.

Revelation chapter 18:21 And a mighty angel took up a stone like a great millstone, and cast it into the sea, saying, Thus with violence shall that great city Babylon be thrown down, and shall be found no more at all.

New York city is the great city that rules over the kings of the earth and will be destroyed by fire and then by water from the sea. This may be a future tsunami than this one.