The Garden Of Eden is Possible

Paul Gautschi is a self taught gardener in which he developed a powerful method to grow the most optimal food in a personnel garden which eliminates all forms of resistance in which he believes goes back to the time of the Garden of Eden. This can be duplicated using a smaller potting system for those with no available space, no water and no time. 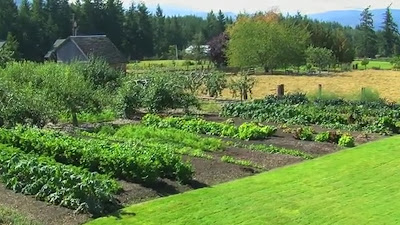 Apply about 4 inches of alternating layers of newspaper, compost, wood chips and  manure on the top of the soil. This creates a compost barrier that retains water, distributes vitamins and minerals from the trees to the plants. This also allows the soil to keep vital beneficial organisms and keeps the soil from compacting allowing plant roots to grow wildly in the top soil. This also keeps weeds from growing while preventing soil erosion. 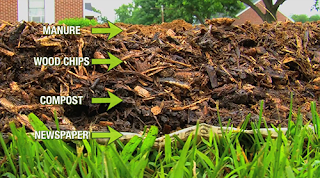 This method is similar to Charles Wilber method in which he was able to grow the tallest tomato plant in the world at at 28 feet and 324 pounds of tomatoes. This was Achieved by composting in lose soil followed by layers of straw a few inches thick. This eliminates weeds, keeps the plant moist while allowing the roots to grow in a wide area for the most optimal growth and health of the plant. 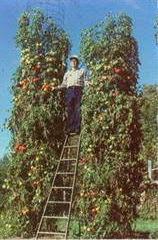 Other method including  John Evans tea method and Dan Carlson sonic bloom sound method which have made it possible to grow healthier nutrient dens food at a rate of 700%  than regular growing techniques. It is possible to grow large amounts of food in a natural way eliminating world hunger.

Dr Joel Wallach discovered that people with longer life spans of over 100 years were able to live that long due to a high volumes of vitamin and minerals in there diet which can only be achieved by eating food grown with large amounts of waste wood ashes in the soil. The tree and its mining of the soil is the key. It is possible to cure all forms of disease with simple vitamin and mineral supplementation's. This is the cure.

To appreciate this formula you must first understand traditional farming techniques which has led to a debilitating food supply that thrives off the love of money and the malnutrition of the people in general which is leading to the deaths of millions of people across the nation. Our food is grown in poor soil and fed large amounts of fertilizer which leaves the land bare for the next season. This leads to crop rotation and soil demineralization and soil erosion. This weakens the plant requiring large amounts of pesticides that poison the food and the soil. Food is more complex than people realize There is to much carelessness and celebration in this nation and the leaders are fools. It is possible to feed every man woman and child in the world but the love of money is triumphant. If you decide to grow a garden do it as a hobby in a small area and focuse on freeze dried food for mobile preparation. When the time comes the land will be utterly dead when we stand at the point of decision in the middle of the tribulation soon to come.

Every man is a fool including the watchmen and the prophets. The leaders gain gold and live in total luxury they will beg in that day just to go back to save one soul. This includes the preacher. I say to the saints in heaven you should have done more on your sweet worthless Sabbath while millions dive into the lake of fire.