Nick Hanauer The Rich Self Serving Economics The Fall of America 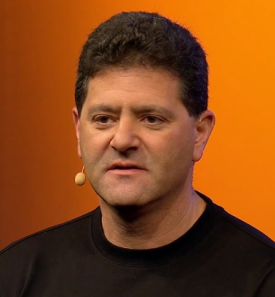 Nick Hanauer is an American entrepreneur billionaire and venture capitalist. In May 2012 Hanauer gave a conference TED talk speaking  about rising income inequality in the US that will lead to police state economics with a nation of poor men while he earns a years wage per hour. He alludes to the fact that there will be a day of reckoning with riots in major cities rising against this income inequality which is the slavery of men.

He feels that middle class consumers are far greater job creators than wealthy entrepreneurs like himself. Thus he proposed the necessity for higher median incomes for workers rather than tax breaks for the wealthy, stating that if lower income tax rates for the wealthy really worked "we would be drowning in jobs", instead of unemployment being at current numbers.

Ted Talk concealed this information to the stupid masses they control with visions that lead to the development of mankind.

He states
Before you believe the government will help think again. the government owns half the land of America which is locked away from corporate development by conservation to de industrialize the nation while state government institutions own 70% of the stock market to steal the wealth of the nation to force America to submit to the new world order. Politicians of fearful men will never get change for the nation past the economic giants of corporate control which serve only the rich with hordes of slave men working for minimum wages that will never set any man free from the bondage of this economic perversion of America