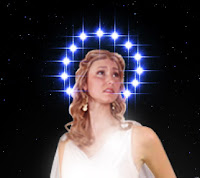 On September 23rd 2017 there will be a sign in heaven that fulfills revelation chapter 12  a great wonder in heaven a woman clothed with the sun and the moon under her feet and a crown of 12 stars giving birth to a man child giving birth to Jupiter. This event unlocks the meaning of revelations and will start a sequences of events that will begin from the year 2017 and lead to the beginning of the tribulation around 2025 or 2030 but within our lifetime. Revelation chapter 12  begins with the sign of the Woman on September 2017, now we can follow the fulfillment of scripture with events on earth from that time forward.

The sign of 2017 signifies a time of world collapse and war during that time followed by the sign of the dragon which signifies a falling of 1/3 rd of angles to the earth. This is clearly a falling of angles to the earth which will lead up to the sign of the birth of the man child and the beginning of the tribulation After which time 1260 days the dragon will fall and have 3 1/2 years to export 666 and make war against those in Christ. assembling all Muslim nation to march to Israel to make war and even fight against the coming of Jesus.

Remember the Man Child taken to heaven is the rapture event of a small group of children or people. This event starts the Tribulation as the woman flees into the wilderness. On this day of the Man child you will know the time of tribulation which will be 1260 days to the abomination of desolation then 1290 days with 1335 days until the end of the tribulation and the resurrection of the dead. Jesus will return at the end of the days in the resurrection of the dead

Daniel 12:
11  And from the time that the daily sacrifice shall be taken away, and the abomination that maketh desolate set up, there shall be a thousand two hundred and ninety days.
12  Blessed is he that waiteth, and cometh to the thousand three hundred and five and thirty days.
13  But go thou thy way till the end be: for thou shalt rest, and stand in thy lot at the end of the days.