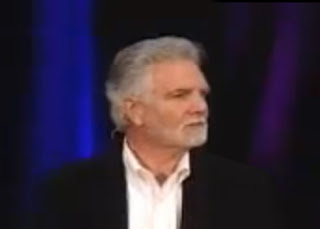 John Paul Jackson is a well trusted Prophet of God that has predicted the future of America from 2007 to 2018 and beyond.

In summary the united states is being prepared to enter a time of trouble starting with the finances of the nation. There will be an economic collapse of the value of the dollar and other world currency's caused by turmoil in the middle east. Israel may be the scapegoat for economic devastation because of missile attacks to Iran. This will form an OPEC alliance against Israel.
The fall of the dollar will cause riots in the cities of America that will be devastating to the nation. The United States will enforce martial law as an attempt to stop the violence. At this time there will be a major dirty bomb in a coastal city that will be uninhabitable for years.
A domino effect of many events in this nation will start the time of Jacobs trouble with wild weather and earthquakes hitting major cities in America. The time will come When the earthquakes effect the weather and the atmosphere of the world to allow cracks in the earths protection. The harmful radiation from the sun may destroy major satellites that will leave some cities with no internet, cellphones, bank transfers and TV for a period of time. Even the earths gravity will be effected.
The United States army will be pulled back allowing other nations to have more control and power. This will give rise to Turkey and Russia and china eventually leading to the time of the Antichrist kingdom but we still have time before this. Eventually America will be invaded by other nations because the  window of opportunity in the fall of America.