Leslie Johnson headlines of the future of America 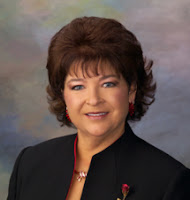 1. Arafat would go into the hospital. Fulfilled 11/11/04 at 3:30 am.
2. Israel would give the Palestinians a state.
3. The Palestinian state would be a temporary measure to allow the Israelis time to strengthen their military.
4. Oil would be discovered in Israel.
5. Oil will make the Jews willing to fight for their land.
6. Israel and America will go against most of the Arab world.

1. Israel Refuses Help To America
2. Omer Ushers In Palestinian State
3. One of America’s Greatest Times of Need
4. Israel is Attacked, America Sends Troops
5. Chaos Reigns As Americans Protest Help to Israel
6. “It will start with an Internal Revolution…”

Stan Johnson made a reorder of the possible order of events leading to the fall of America and the beginning of Dumitru Duduman vision of the fall and destruction of America.

1. Arafat in the hospital
2. Omer Ushers in Palestinian a State
3. Oil Discovered in Israel
4. Catastrophe hits America
5. Israel Refuses Help to America
6. Israel is Attacked, America Sends Troops
7. Chaos Reigns As Americans Protest Help to Israel
8. It will start with an internal revolution…

Leslie was not told what the catastrophe would be. We know that Michael Boldea was shown a giant Earthquake hitting California. Large parts of California fall into the ocean. It moves lines on the map, and effects 10 states. I was shown a series of sophisticated explosions by a sophisticated network of people in two dreams. I was shown an economic collapse started when one of the explosions is at a regional bank destroying all records of accounts and their backups in two other dreams.
Americans became furious. They were mad at the US Government, Jews, and the Muslims.
Then I heard Stan’s voice saying, “It will start with an Internal Revolution…” It (The fall of America) will start with an internal revolution in America started by the communists. Some of the people will start fighting against the government. The government will be busy with internal problems. Then from the oceans, Russia, Cuba, Nicaragua, Central America, Mexico and two other countries will attack and defeat America. --Dumitru Duduman
Tsunami Vision
Leslie Was given a dream of a 20 story 250 feet tsunami hitting one of our coastlines. This will most likely be the eastern coastline based on the visions of Augusto Perez and the vision of the tsunami.