The Man Child From the Church Absolute Proof of a Pre Tribulation Rapture for a small group of people only. 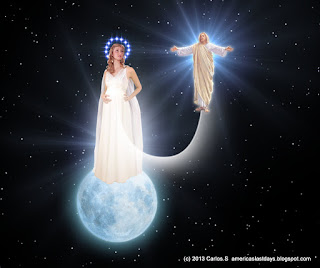 Revelation chapter 12
5 And she brought forth a man child, who was to rule all nations with a rod of iron: and her child was caught up unto God, and to his throne. 6 And the woman fled into the wilderness, where she hath a place prepared of God, that they should feed her there a thousand two hundred and threescore days.

In Revelation chapter 12  there are great signs in heaven revealing the truth of the 7 year Tribulation. This chapter gives a series of events beginning from the woman and the birth of the man child 1260 days to the war in heaven and the fall of the dragon beginning the persecution of the church which will last 3 1/2 years. Ending in a united nation coalition to make war with Jesus at the battle of Armageddon during the return of Jesus Christ.

The Tribulation begins with the birth of the man child from the woman. This child will rule all nations with a rod of iron and he will be caught up unto God and his throne. This will cause the woman to flee into the wilderness 1260 days during the war in heaven and the beginning of the persecution of the church which will end 3 1/2 years from the abomination of desolation.

The man child will be a small group of people that will be raptured up before the tribulation leaving the majority of the church to endure the persecution of the cross in the wilderness until the coming of the Lord Jesus Christ at the end of the 7 year tribulation. Jesus will then Gather his elect from one end of heaven to the other this will be considered the main rapture of the church.

The full Church will endure the 7 year Tribulation. The only people to escape the Tribulation will be the  people in the man child which are considered to be Christ like as a child. It is clear

Who is the man child? The man child is the rapture of the youth.
Posted by cgman