The announced resignation of Pope Benedict on February 11, 2013 was followed by a large meteor blast explosion in Russia 4 days later on February 15, 2013, a sign of  the leaving of the pope and a sign of a World Changing Event to occur in 4 years on or after the year 2017 which may be a calamity of some sort or a war that may kill a number of people 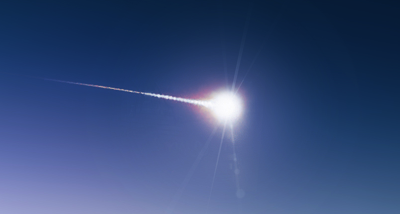 There is also a number of 17 days between his announcement to the world and his official resignation on February 28th and marked the 13th day from the explosion. This is a verification of the number 17. 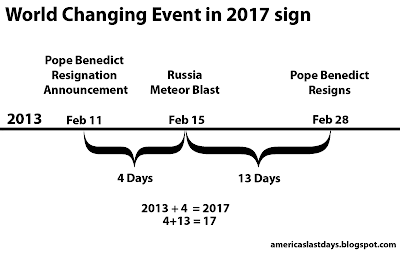 On the Day of Pope Benedict's farewell speech to the world on February 28 the Vatican Church was also struck by Lightning 2wice. This could allude to a sign of the Fall of Satan and the Return of Jesus Christ during the end of the next Pope. 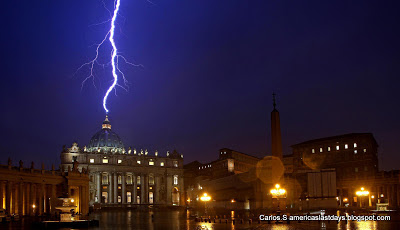