Augusto Perez Visions of the Future

Augusto Perez  had many visions from the Lord of the future of America and the world to prepare the bride for the arrival of Jesus Christ in the time of Tribulation.The Church is not prepared for what is coming to this planet.
He was taken to heaven and shown the words " The End of Times " which will occur 2012 - 2014 and he was told The End Times Would Begin Shortly.

Based on the 14 year time frame of the prophecy of the pope this may not be far from the truth.


Visions of Augusto Perez
The sun will become red and the day will prolong. During this time UFOs will bees seen around the world but creatures will come out of these UFOs and hunt and kill the people around the earth. These are the fallen angles cast down to the earth during the End times.
Military will cover the united states in checkpoints and confiscate all guns.
He was given a time from August 2013 to August 2014 as a time for preparation  for what is coming. He was also told  THINGS AS YOU KNOW IT ARE ABOUT TO COME TO AN END.
This may coincide with the 2014 2015 blood moons in Israel.
He was told the restoration of the earth is at hand and to tell the people to prepare themselves and get there lamps ready.

He was shown the plans of the elite and there scientific development of a space based weapon to deter the coming Wormwood Destroyer.
He was shown that for a time the electric power in this nation will go out but he was not shown why.
He was shown Wormwood coming from the southern part of space. It was a reddish fuzzy object with a long tail. It will be able to bend the light around it and will be hard to see.
Wormwood will be seen with 2 blue moon sized objects in orbit to each other. 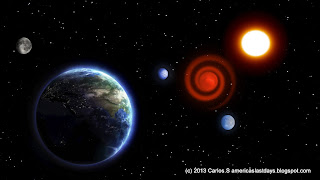 He was shown a powerful elite that run this nation planning a evil schemes to usher in a New World Order.
He was told by the elite  'There is going to be a revolution in America; it will usher in the New World Order'. This revolution may have something to do with the coming economic collapses
He was shown a supermarket with products that doubled or tripled in price. he was also given a word from the Lord saying  “They have planned a super de-evaluation to bury the U.S. dollar”.

The dollar will become worthless and will be replaced by the New World Currency which has all been planned in advance to force America to accept it. 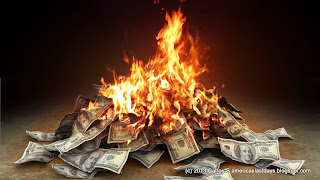 He was given a word of change after Hurricane Isaac in 2012.
He was shown 2 nuclear missiles hitting the Pentagon in Virginia and it was completely obliterated in just taht area.
On 4/15/12 he was told by the Lord that  two Jihadists will be apprehended in the future and sent back to their countries of origin.  When this happens, it will cause a great uproar in the nation".
This was one year before the Boston bombing on 4/15/13.
The moon was brighter than usual and he saw a blue planetoid entering the horizon the size of the moon during the sunrise.
In a deep sleep the word of the Lord said   'AT 12 MIDNIGHT, THE INTERNAL GLORY WILL BE REVEALED.'
When the great darkness covers the world during the tribulation and demonic forces show themselves  the glory of the holy spirit will be seen.
He was shown the area of Virginia and Maryland where he was taken to heaven and saw a very large hole in the Atlantic ocean that was very deep and very large. The waters began to swirl  ferociously  as a whirlpool with foam and there was a large tsunami event on the east coast area from this hole event.
He was not shown this event but it may be an asteroid or undersea volcano off the coast of Virginia to Maryland. .
He received a word from the Lord  "There are things about to happen that will make many people wish that the Day of the Lord was already gone, but it is only beginning".
This seams to be warnings of the soon coming time of the end.
He was shown a great volcanic eruption that may effect the world but he was not shown its location. He also bears concern of the ring of fire and its future awakening during the blood moon.
In the vision he saw a great spiral brilliant and white with a bluish hue. He then spoke " its spreading radioactive material  everywhere " He then spoke again " there are two fleets of UFOs right behind it "

There will be a time of a great spiral in heaven that will contaminate the environment and it will be a sign of an alien invasion and the establishment of the New World Order.
He was given a word from the Lord “Russia will do nuclear attack.  There will be a nuclear attack on the United States.”

Russia is preparing itself for the total destruction of America at a pre determined time in the near future.
He was told an important event would occur in 2011 in the United Nations to help establish a New World Order.

This was the time Palestine submitted for approval of a Palestine state which is still in the works and will effect Israel.
He was shown a period of time the earth will be covered in Ubiquitous Darkness and the sun may not shine. This also represents a time of demonic activity never before seen on this earth. 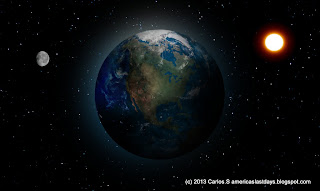 He was taken to the sky and was shown a map of the Southeastern part of the United States. The lower part of Columbus, Georgia down the Texas coast line was under water.
It was a slow uprising from the tip of Florida.

He was shown balls of fire falling around him and he was guided by the angle of the Lord through the falling meteorites..
The bible says during the first trumpet to sound fire mingled with blood will fall to the earth and burn 1/3rd of all the trees of the earth. This may be the wormwood tail impact which is red.
He was shown a trip to the library would involve an eye retinal exam.
He was shown a large hurricane stretching from Mexico to Florida would hit America and leave much devastation  up the center of the nation.
This could represent a spiritual and a natural event.
He was shown 3 star like objects moving in the night sky in an odd way.  This was a sign of a coming space event that will create 3 space objects that will terrorize the people of earth.
He was shown a large map of America and he began to see the sea coming in 15 - 25 miles inland. It was the entire east coast and the entire continent down to the tip of South America.
He was in a house filled with Christians and wolves started to kill them only when the Christians looked to the Lord did they find  protection in him but screams filled the room of those that looked at the wolves when they where devoured and killed.
He saw strong hot winds tear trees like small bushes from the earth. These winds were filled with power.
This may represent a natural cataclysmic event that will tear the land but it may also represent ministry's being taken down.
There will be 10 revival fires  in America to save the lost heal the sick and cast down the power's of darkness.
He saw a Many UFOs in heaven after shinning the light in that area. They all entered a silver orb which zoomed out of sight.
This represents an increase in UFO sittings across the world and a possible government discloser.
He was shown news reports of 3 or more nuclear attacks in major cities. He saw reports from the cities that showed all the debris and the smoke coming from the destruction.
He saw the glory of the Lord coming in the clouds  and many Christians would not hear the message.
He was shown that one day all the grocery stores would carry empty shelf's of Food. This means a mass world wide food shortage possible due to the collapse of the economy. 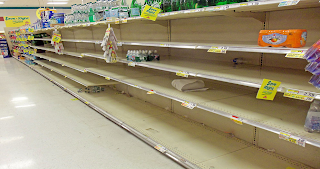 He was shown the coming pole shift of the earth. The stars began to move faster in the night sky. It left a feeling of dizziness and disorientation. nearby lakes were gone for the momentum. UFOs started to appear everywhere as if they where causing these events.
He stated that this will be a precursor to the full pole shift.
He was taken to Heaven where he saw the lord Jesus sitting on the Throne with a book in his lap. He looked at the book and he saw the words " The End of Times " and there was a Date written " 2012 - 2014 ".
He then asked the Lord is this the time when the end times begin and the Lord nodded his head with great concern.
It was understood that this will be the end of the world as we know it.

I believe  this event is linked to the blood moons of Israel scheduled for the years of 2014 and 2015.
He was shown a Large tsunami would take place that would take 20 minutes to finish.
He was in the city of Chicago when he felt an earthquake that brought fear and panic to everyone near the city.  During this vision he heard the song " the Day Chicago Died " 2 times.
He was shown 3 stars in the night sky that began to write in a foreign language. When he looked at the writing he was taken into the middle of it.
He was shown horrible things that would come upon the earth. Terrible devastating cataclysms and world wars. He saw the manifestation of the antichrist and the creation of the mark of the beast. This would bring the time of persecution of Christians and great suffering for humanity. 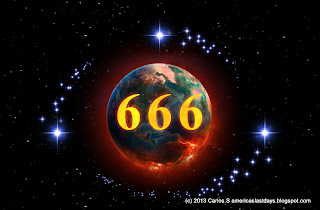 I believe these three stars will represent the 3 coming planets near earth. This may also have correlation to the last three woes on the earth near the end of the tribulation .
There will be a time of great shaking in the world and wiled weather patters.
he was shown two cows one was healthy and fat the other was sick and skinny. This represented a time of plenty in the years 2001 - 2007 and a time of economic trouble that will get worse from 2008 - 2014.