Texe Marrs Jewish Evil and their Rejection of Jesus Christ 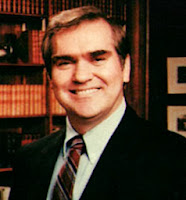 Texe Marrs has uncovered hidden truths concerning the land of Israel and Gods chosen people the Jews. The key to unlocking this truth is to know that the Jews completely reject Jesus as lord and regard him as a lair worthy to be killed.  There is also an underlying hatred and bigotry against any people that are not Jews which is clearly seen in the Laws of Israel.

If a Jew Rejects Jesus will he still go to heaven around Jesus. The gentiles only way into heaven is through Jesus. So if Jews control the media and there is no message of Jesus people will die in hell for Jewish sake. Will a Jewish man enter the kingdom sending gentiles into hell?  I say that Jewish wealth is Wicked. The only Good Jew and the only good gentile is one that accepts Jesus.

Ask yourself who is the Jewish Messiah if it is not Jesus. This is the Antichrist. Like wise Who is the Muslim Messiah but the antichrist. So we look upon the middle east conflict and i say there both wrong.

Only Jesus is the Key.