Harry Dent is a Financial Investor Forecaster. He is forecasting an Economic Crash in the coming years after 2016 based on current financial debt obligations in the public and out of control banking in the United States.
This is Financial Armageddon which may establish a new United States currency in the next decade.

The Level of the Market will fall from 20,000 to 6,000 and may reach as low as 3,000. This will drive stock prices to it lowest levels and bring America to a new depression for many years.

This is a picture of a future crash in the market following the pattern of 2008 after the 2016. As always i hope we have more time left to prepare if this pattern is proven wrong but sooner or later it will happen. 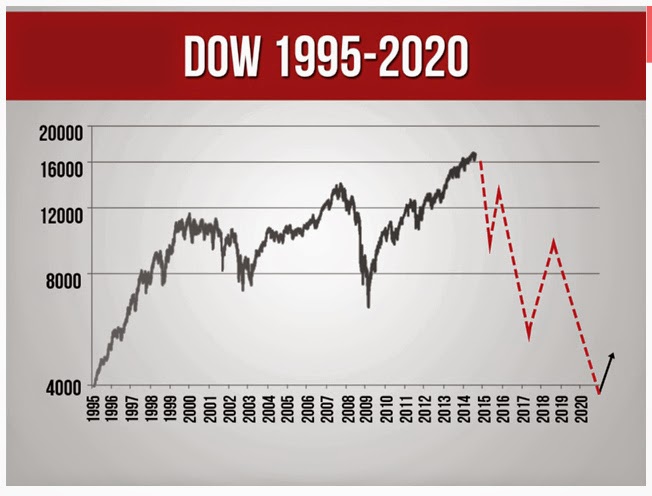