In Matthew chapter 24 Jesus answers a question to the disciples of the time and the sign of his coming and the end of the world.

4 And Jesus answered and said unto them, Take heed that no man deceive you.
5  For many shall come in my name, saying, I am Christ; and shall deceive many.

The first sign is a mass evangelical movement in the name of Christ which will deceive the people.
This sign represents the 1st seal of the white horse with a bow who is given a crown at the beginning of the tribulation as it resembles Jesus on a white horse at his coming.

6 And ye shall hear of wars and rumours of wars: see that ye be not troubled: for all these things must come to pass, but the end is not yet.
7  For nation shall rise against nation, and kingdom against kingdom: and there shall be famines, and pestilences, and earthquakes, in divers places.
8  All these are the beginning of sorrows.

The next sign is the beginning of a great world war which will lead to famine and pestilence this may involve mass food shortages and biological warfare weapons between nations that will lead to earthquakes due to explosive weapons hitting the earth in various places.
This sign represents the 2nd seal of war, the 3rd seal of famine and the 4th seal of pestilence during the tribulation

9  Then shall they deliver you up to be afflicted, and shall kill you: and ye shall be hated of all nations for my name’s sake.
10  And then shall many be offended, and shall betray one another, and shall hate one another. 11  And many false prophets shall rise, and shall deceive many.
12  And because iniquity shall abound, the love of many shall wax cold.
13  But he that shall endure unto the end, the same shall be saved.
14  And this gospel of the kingdom shall be preached in all the world for a witness unto all nations; and then shall the end come.

The next sign is a mass killing of Cristian people which may have already taken place over the past 2000 years of persecution in the church. When the Gospel of the Kingdom is preached around the world the end will come.
This sign represents the 5th seal martyrs in Christ the souls of them that were killed.

15  When ye therefore shall see the abomination of desolation, spoken of by Daniel the prophet, stand in the holy place, (whoso readeth, let him understand:)
16  Then let them which be in Judaea flee into the mountains:
17  Let him which is on the housetop not come down to take any thing out of his house:
18  Neither let him which is in the field return back to take his clothes.
19  And woe unto them that are with child, and to them that give suck in those days!
20  But pray ye that your flight be not in the winter, neither on the sabbath day:
21  For then shall be great tribulation, such as was not since the beginning of the world to this time, no, nor ever shall be.
22  And except those days should be shortened, there should no flesh be saved: but for the elect’s sake those days shall be shortened.

The next sign is the Abomination of Desolation which takes place during the middle of the tribulation where the antichrist stands in the holy place as man God.This is the time when satan and his angle fall to the earth and will begin to kill anyone in Christ and only the blood of Jesus can defeat them at this time.  The fallen angles might also mascaraed as alien saviors of the earth

23  Then if any man shall say unto you, Lo, here is Christ, or there; believe it not.
24  For there shall arise false Christs, and false prophets, and shall shew great signs and wonders; insomuch that, if it were possible, they shall deceive the very elect.
25  Behold, I have told you before.
26  Wherefore if they shall say unto you, Behold, he is in the desert; go not forth: behold, he is in the secret chambers; believe it not.
27  For as the lightning cometh out of the east, and shineth even unto the west; so shall also the coming of the Son of man be.

The next sign is an angelic mass evangelical miracle crusade in the name of Christ that takes place within the magic of the devil which may deceive the church elite. This means that Demonic angelic entities will attempt to emulate Jesus Christ and his return and send messengers to gather the people to take the mark or to kill them. Many people will believe they do the work of the Lord and will be empowered by the devil 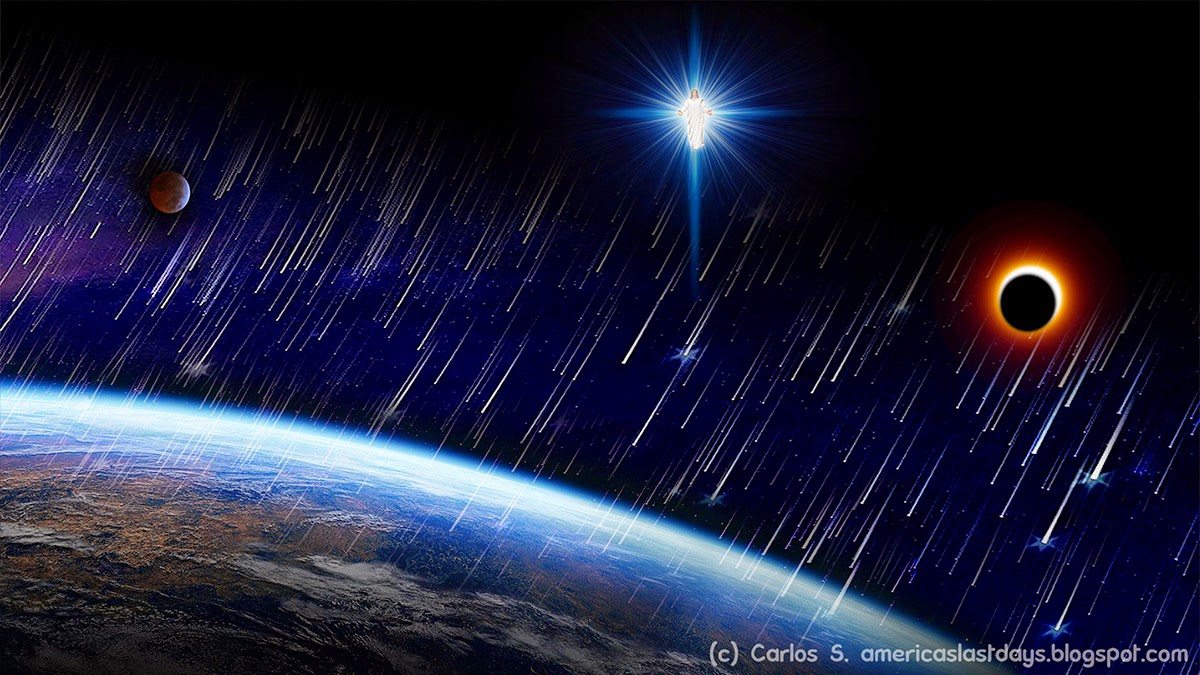 29  Immediately after the tribulation of those days shall the sun be darkened, and the moon shall not give her light, and the stars shall fall from heaven, and the powers of the heavens shall be shaken:
30  And then shall appear the sign of the Son of man in heaven: and then shall all the tribes of the earth mourn, and they shall see the Son of man coming in the clouds of heaven with power and great glory.
31  And he shall send his angels with a great sound of a trumpet, and they shall gather together his elect from the four winds, from one end of heaven to the other.

The next sign begins immediately after the tribulation. The sun may black out and not shine any light to the moon and may cause a release of space debris to be pulled to the earth. This may also hint to a mass black out of the stars in the universe.
This is the time of the coming of the Lord and the gathering of the saints.
This sign represents the 6th seal and the sign of the sun and moon. 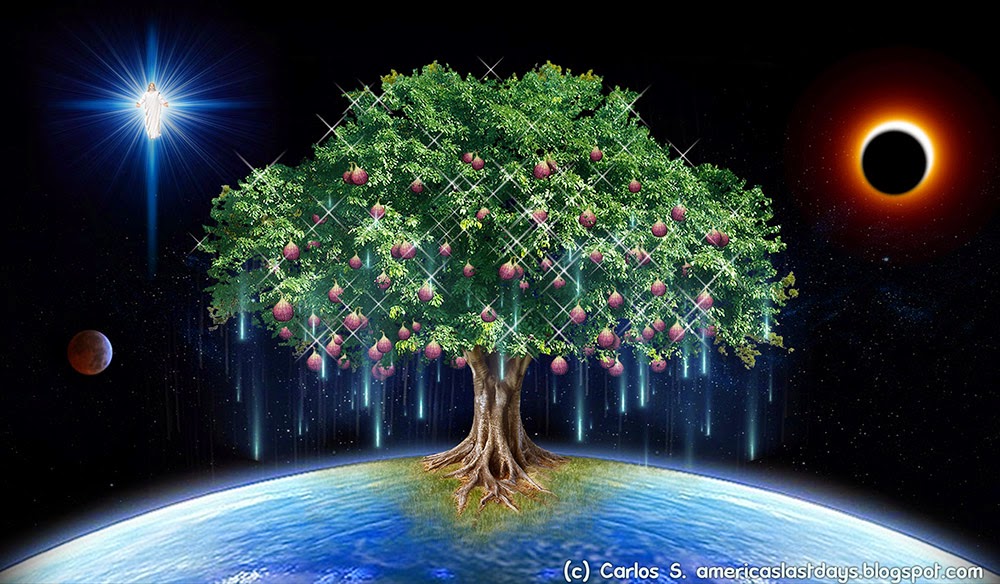 32  Now learn a parable of the fig tree; When his branch is yet tender, and putteth forth leaves, ye know that summer is nigh:
33  So likewise ye, when ye shall see all these things, know that it is near, even at the doors.
34  Verily I say unto you, This generation shall not pass, till all these things be fulfilled.
35  Heaven and earth shall pass away, but my words shall not pass away.

The next sign is spoken of a fig tree in which the last generation will see all these events take place and will see the return of Jesus Christ. 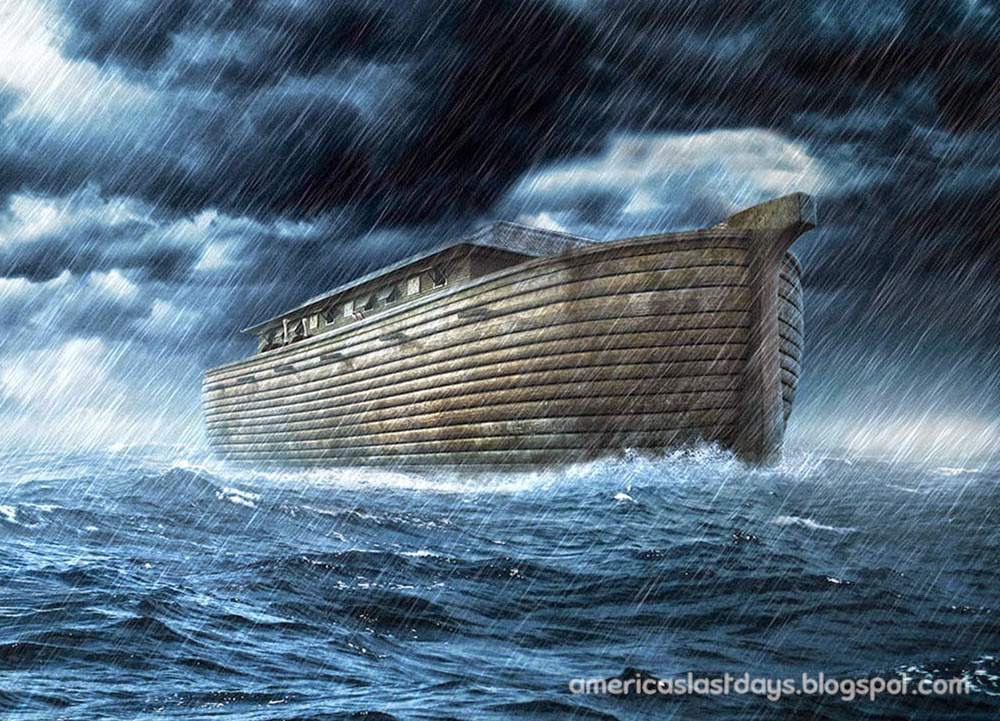 The last sign is the timing of the coming of the lord in which no man knows until it is to late in which he will take one and leave the other.