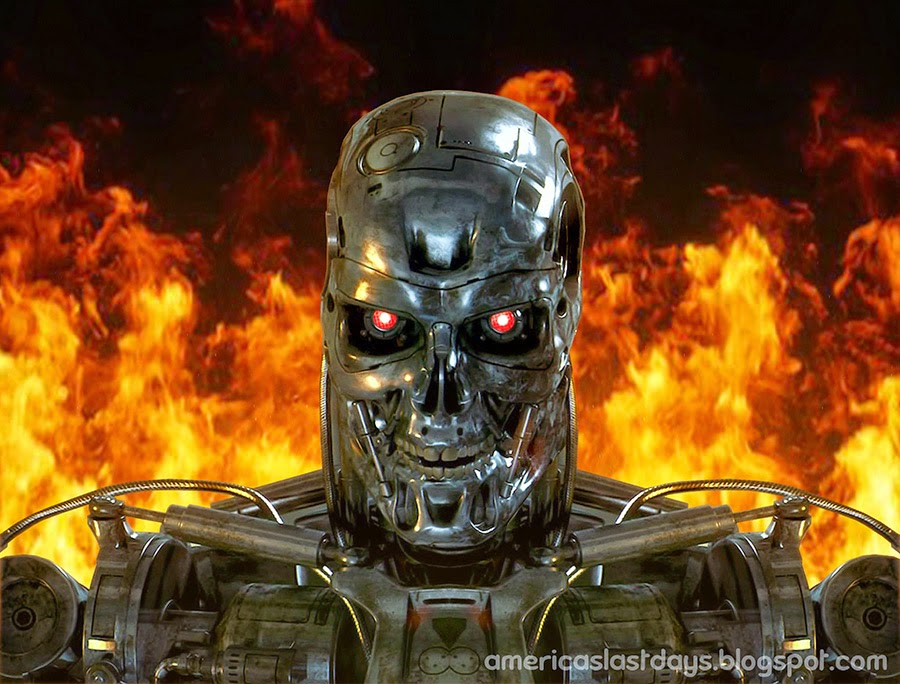 I had a Dream vision in the night, bright with color of fire. I saw the skyline of a large city and i heard the sounds of a battle going on in the distance and I saw bright circles of fire flying in the sky and in that fire was an electronic robotic terminator looking over the city looking for people to kill.  They band out in droves as the people hid themselves in the buildings for fear.

I ran and took shelter near an abandoned mall near an empty church. and armies of men where looking for people around the city maby to kill. 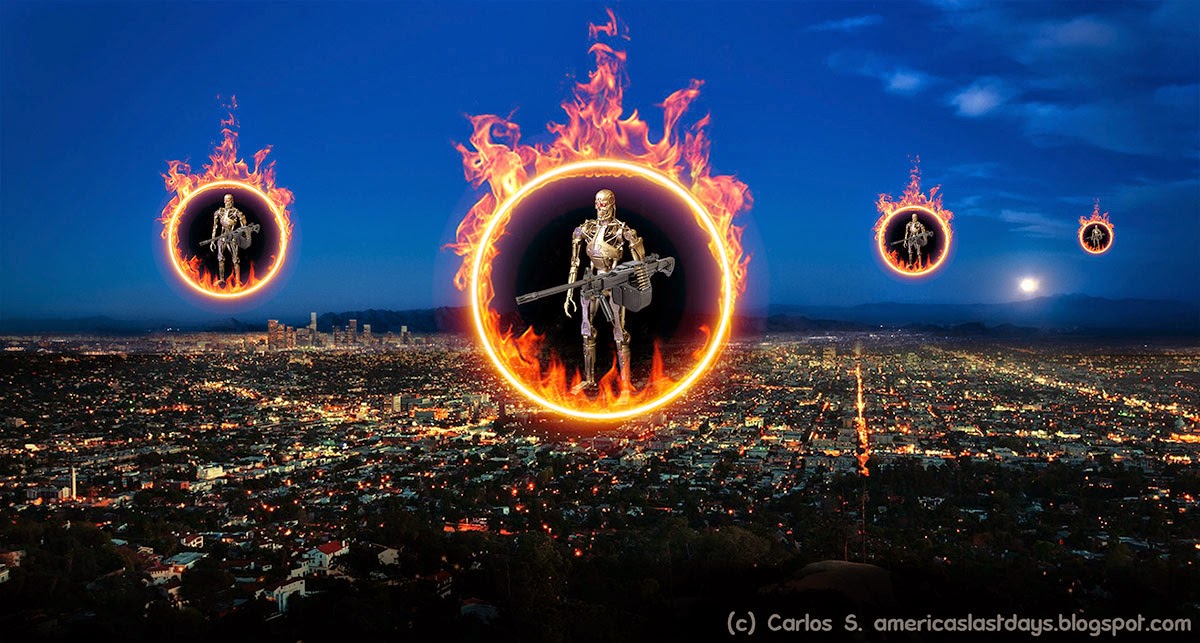 The Interpretation is clear the United States will one day be invaded or controlled by electronic terminator drones over the land that will have the power to kill many people. The Robots themselves were covered in a ring of fire symbolizing technology from the future.

Top secret technology is being hidden from the people far above current knowledge for the purpose of population extermination. This may be the image of the beast.