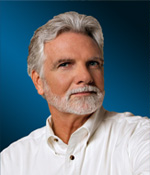 John Paul Jackson made reference to the time frame of the coming storm to hit America which will leave America in an economic depression for many years.  He stated that we are now in the the middle of the storm as of 2013 starting from the economic collapse of 2008 and 2009. This will lead to devastating events in 2015 starting in 2014 as the tail of the coming storm.

His prophesy contains very important factors that will take years to fulfill. We will see the
This time of economic collapse has bee described as a transition before the rise of a Russian, Muslim alliance that will give rise to the antichrist in the middle east or Russia around the year 2020 and above. It is my conclusion that we are witnessing the foundation of events that will spawn the tribulation in the next 20 to 30 years.

The order of the day is to prepare for the coming storm which will lead to an American dictatorship over the masses of slaves, the American people.