Mary Rouse Silence of the Church

Mary Rouse had a vision from the lord concerning the future of the church in America around 1950. She was taken to the capitol of America where she saw black ravens covering the perimeter of the capitol dome.  Each raven had a padlock in its beak she then heard a word from the lord saying " There will come a day in the United States When there will be leadership in the white house that will attempt to silence the churches. "

She then said each padlock in the mouth of the ravens is a lock to the door of every protestant church in America.The ravens represents evil spiritual leadership that will stop the voice of the church.

Each new administration pushes the same agenda forward to stop each and every church from speaking out against adulteress marriages, globalization and new unjust laws that clearly defy human dignity for example the NDAA and indefinite detention and torture and the elimination of each and every constitutional right that in includes ones right to bear arms. 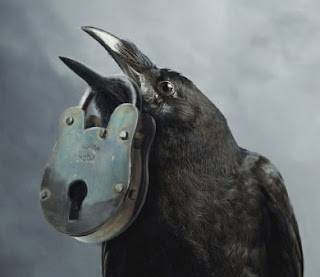 This control reaches into our entertainment which is void of any form of Christianity and  leads the masses into the same agenda of communist unification of a one world government. When is the last time you have herd a preacher speak the truth if he even had a clue to start with. The only good church is a church that will remain silent while the masses fall into the clutches of dragon government. This is a program of control that will lead to the mark of the beast. 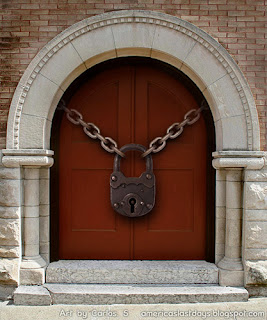 If you Silence the church you can take America down. This is why violence fill our streets and poisons fill our veins and why no God is found in our schools and in our homes. You will see the blood of saints flowing down the sewer pipes and when you do will you speak or just hold it in like the preachers before you. This is damnation.